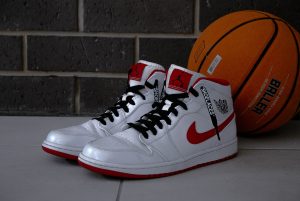 The topic of Adidas, Air Jordan, or Nike is always brought up while talking about basketball shoes.

However, a few other companies have created their own sneaker lines in honor of NBA players in an effort to compete in the crowded market.

List of NBA Players Who Also Have Sneaker Brands

The athletes listed below are individuals you might not be aware have their own shoe brand.

The Embiid One sneakers from Under Armour are genuinely positionless, just like Joel. Deceptively light, powerful off the drop, perky enough to move, sturdy for anything other than a big guy. 5 locations on the court are covered by everything you need.

The Nitrospeed, SMART S.A.M, and Supercritical technologies included in these Anta KT7 basketball shoes of Klay Thompson. It provides support, package, and stability. You can use these men’s KT7 high basketball sneakers for practice and competition right now by visiting on their official website at anktshop.com.